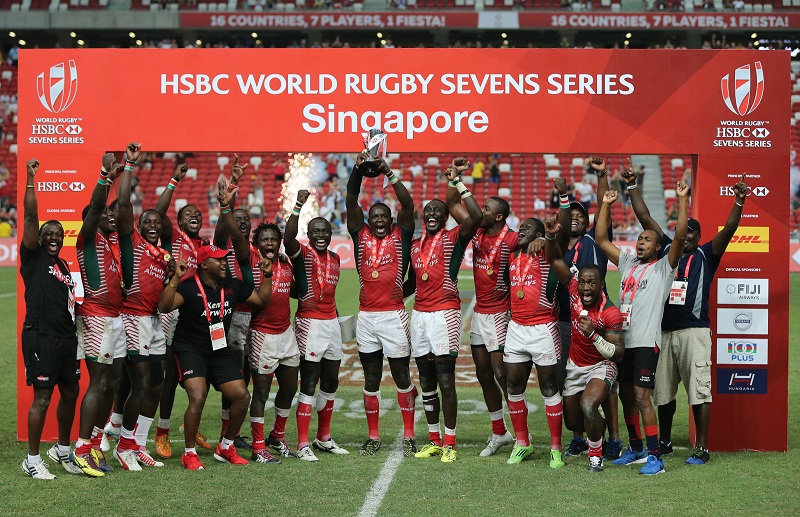 the World Series Sevens will make its return to England and with it two of the best teams in the world, Fiji and New Zealand, will make their first appearance in 2022. The World Rugby London Sevens Series is played in Toulouse, from 28-29 May 2022.

Over 52,000 spectators attend the event across two days . With the return of the HSBC World Rugby Sevens Series 2022 and Rugby World Cup Sevens 2022 and Commonwealth Games qualifiers, there will be plenty of rugby sevens action to look forward to in the coming month.

Forced to cancel the tournament in 2020 due to the pandemic, the Singapore 7s was again missed in 2021 when the World Series was only able to hold two tournaments in Canada. This year’s series has so far taken place in Dubai and Spain, and will now return to Singapore National Stadium where it’s expected thousands of fans will flood the stands.

You can watch the HSBC World Rugby Sevens Series live stream online within the match centre, the official App, Facebook and Youtube channel in the following regions

The men’s Series continues with North American rounds in Vancouver on 26-27 February and Los Angeles on 5-6 March before moving to Asia where Singapore stages a men’s event on 9-10 April.

A women’s standalone event will take place in Langford, Canada, on 30 April-1 May before both men’s and women’s teams travel to a new Series venue in Toulouse, France, on 20-22 May where the women’s Series champions will be crowned. The men’s Series concludes with the final event in London on 28-29 May.

Fans of rugby sevens are in for a treat in April with the resumption of the HSBC World Rugby Sevens Series 2022 and joint Rugby World Cup 2022 Sevens/Commonwealth Games qualifiers taking place on two continents.

The jamboree of sevens will also involve Nassau in the Bahamas as the host city for the Rugby Americas North (RAN) men’s and women’s qualification tournaments for Rugby World Cup Sevens 2022 in Cape Town and the Commonwealth Games 2022 in Birmingham.

While those two competitions will run concurrently, on 23-24 April, the Rugby Africa qualification tournaments for the same two marquee events will be staged separately and at different slots in the calendar.

Fourteen men’s teams will compete for tickets to Rugby World Cup Sevens and the Commonwealth Games in the Ugandan capital of Kampala, on 23-24 April, while Tunisia hosts nine women’s teams, on 28-29 April.