Saracens will play Leicester Tigers in the final at Twickenham Stadium on June 18; Ben Earl’s hat-trick among five tries for Saracens in their 34-17 success over Harlequins, as Leicester defeated Northampton 27-14 in the other semi-final. 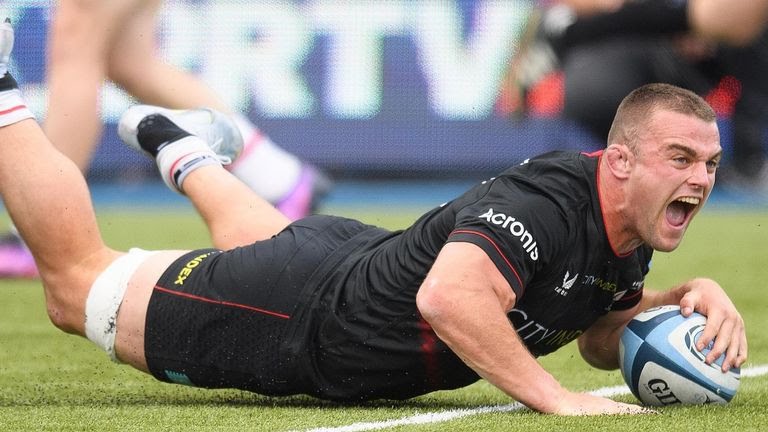 Where to Watch the Gallagher Premiership Final 2022

Who will be crowned champions of England?

With the grand final just a couple of weeks away, we run you through your viewing options.

Will the Gallagher Premiership Final be broadcast on Sky Sports?

No. Sky Sports does have broadcast rights for the Rugby Super League but does not have rights for any Rugby Union competition.

Will the Gallagher Premiership Final be broadcast on BT Sport?

Yes. BT Sport is currently the home of the Gallagher Premiership with most regular-season games being broadcast via the BT Sport channels. BT Sport customers will be able to watch the semi-finals and finals live through their TVs or the BT Sport app.

Leicester will face Saracens in their first English rugby Premiership final in nine years after they survived a severe test from local rivals Northampton to emerge 27-14 winners in a bruising semifinal at Welford Road on Saturday.

Leicester’s opponents in the final, Saracens, beat holders Harlequins thanks to a hattrick from flanker Ben Earl in a feisty, high-quality semifinal.

Trailing, a man down and up against it early in the second half, Leicester hit back with tries by George Ford and Freddie Steward and Ford then made sure with a drop goal and penalty to take his tally to 22 points.

The win sparked wild scenes among the home fans, who for years lorded it but who have had to suffer thin times in recent seasons.

Leicester are England’s most successful side with 10 league titles but the last of them came in 2013. That was their ninth successive final appearance but they then lost four successive semis and had not made the playoffs since until Saturday.

The final will be between the teams who finished first and second in the regular season — having finished last and second-last two years ago — as head coach Steve Borthwick continues his remarkable rebuilding job.