Did Ian Foster just have an epiphany? If so, will we see it in selection or game plan for Saturday? 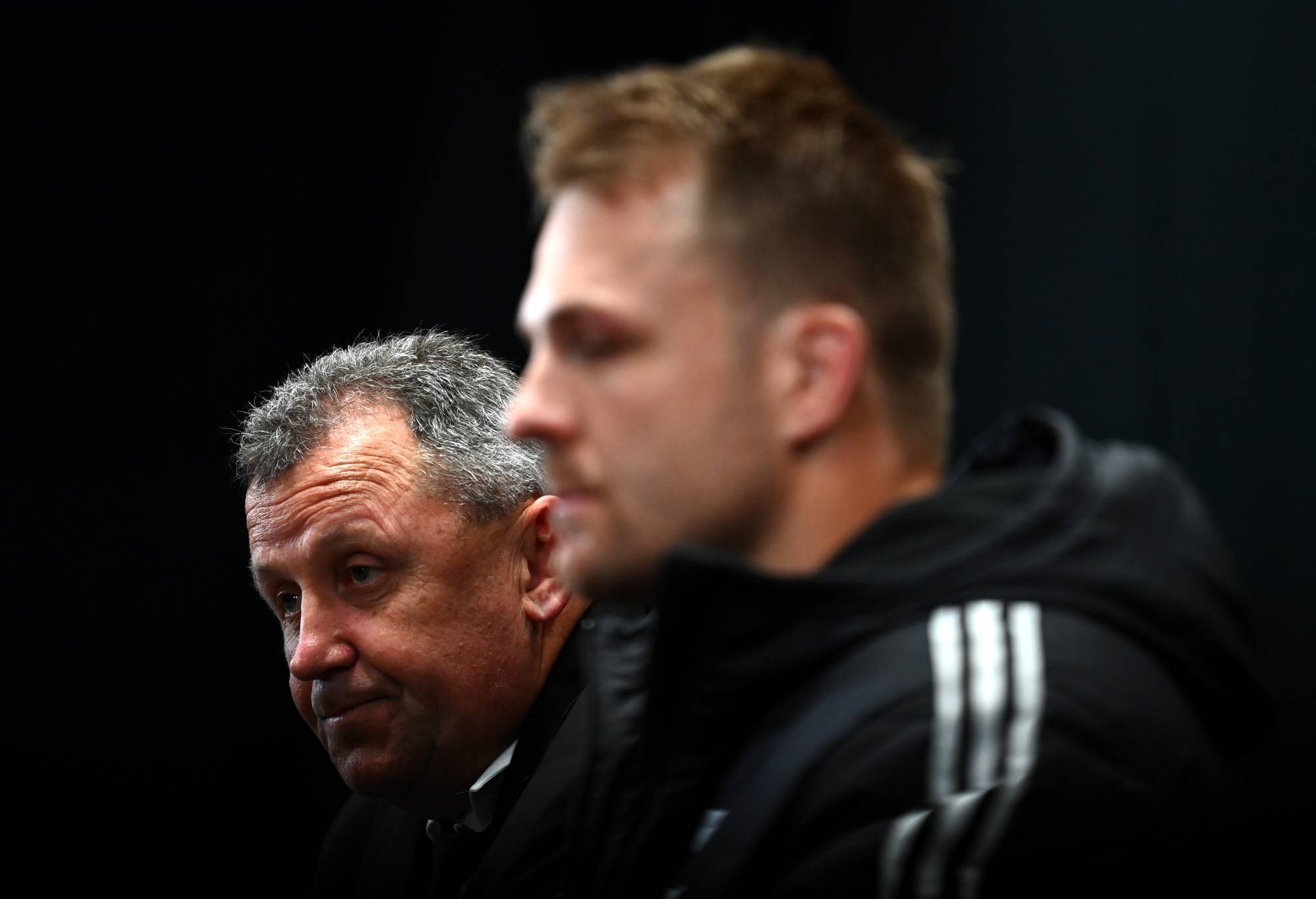 This interview, thanks for the tip from new Roar poster Rongowhakaata , shows the penny might have finally dropped.

Here is the link for those wanting to the full story, but here are some excerpts which show a staggering lack of self-awareness from the All Blacks’ head coach.

“We’ve done a lot of research on games we’ve lost over the last 10 years and there’s a similar pattern that we like to hold on to the ball and try to run our way out of trouble,” Foster said.

“Argentina stayed in the game and we sort of stuck to an All Blacks DNA, we tried to play, and carry our way through a really strong defensive line. We need to look at our response to teams that want to stifle us.

“We don’t want to. We want to play a game that suits us but … we’ve got to be more respectful of the opposition.”

Foster said it was apparent that under the current rules teams had become adept at shutting down expansive rugby, contributing to New Zealand’s slide.

For mine this is genuinely gob smacking, two years of flat, run at all costs rugby, two years of ignoring what the opposition would bring, two years of believing (despite all evidence to the contrary) that his All Blacks selections could outscore anybody, two years of devaluing the New Zealand tight five, and two years of inserting two wide players into a loose forward trio that has been overrun and outgunned on the ground by all comers, and now it’s all New Zealand rugby’s DNA’s fault.

Remember when the All Blacks would almost always score before half time and then finish over the top of sides in the final 20 minutes? This disappeared at the same time as the Steve Hansen-led and then Foster adopted position of attacking out wide at all costs, and ignoring the fact that every other rugby team in the world had got pretty damn good at defending over the past three years, hoved into view over the horizon.

For the final dismissal of this New Zealand Rugby DNA distraction, look no further than the side that has cleaned up everything, including the South African franchises before their departure, in Super Rugby.

Scott Robertson’s side don’t play ball in hand from everywhere nonsense. They attack you up front, they grind you into the ground, they push you off the gain line, they earn the right to go wide, they kick for territory, then and only then, do they let that extremely talented backline loose on the opposition.

And this is perhaps the biggest fail of the alleged running rugby DNA story. The top three try scorers in Super Rugby this year with ten each were the Crusaders wingers and fullback.

Not because they play some helter skelter constant attack nonsense, but because they earn the right to play. Do Todd Blackadder, Cullen Grace and Tom Christie look like wide ball in hand operators to you?

Not at all, they can when needed, but they are there to provide the platform for team performance to be built off, they know and accept their role for the greater good of the side.

I use these three loose forwards as an example of how you build a team from the ground up rather than taking short cuts at international level and somehow thinking that a pairing of Akira Ioane and Ardie Savea is going to bother anybody at the top table.

If you want some respect coach then stand up and admit the errors, which it appears, he kind of did in this hidden interview.

Get yourself onto that increasing sycophantic Breakdown show, put your hand up publicly, and while you are at it explain to all of us that pay your salary why you sent the team out that won in South Africa using a an entirely different approach, in Christchurch with a reversion to largely the same old tired game plan, that has seen the side tumble down the rankings, done who knows what kind of damage to the actual franchise dollar value of New Zealand Rugby Inc, and become a genuine target for every side that comes up against them.


Did Ian Foster just have an epiphany? If so, will we see it in selection or game plan for Saturday?


‘Damn good footballers’: Why Wallabies coach is cool on Suaalii seduction as McLennan fires back at V’landys


‘I can’t be doing that!’: Cheika on Bledisloe ‘dreams’ and if a Wallabies coaching return is on his mind


ANALYSIS: ‘Improves everyone around him’: What Reece Hodge did that makes him undroppable at 15

Take some ownership, demonstrate this week against Argentina that you understand the game plan issue and fix it with your selections, although it must be said that with the squad chosen, you have left yourself few ways out.

Then coach, and only then, will many of us be right behind you.

Let’s not forget, New Zealand was number 1 in the World Rugby ranking in October of last year, and since then a blind loyalty to a flawed game plan and even more flawed selections has seen a one-way track.

The ever-present selections in the side since (in the nine major matches) then are Ardie Savea, Rieko Ioane and Jordie Barrett. A light weight eight, a world class winger who looks lost when the other team has the ball and whose only decent attacking match in the position was when Richie Mo’unga was let loose to his thing on the high veldt.

Jordie Barrett is a contention also. He still has way too many errors in his game, France away and Ireland matches at home being the most recent examples, but the biggest issue here is the country’s form fullback and World Rugby’s breakthrough Player of the Year is doing a shag on a rock impression out on the right wing.

In short, Foster has weakened the very spine of the team (including the now remedied tight-head spot) with non-specialists in pursuit of elusive holy grail of running rugby, and the loss column has just got increasingly crowded.

Actually, a read through of the ‘most often selected’ players since the tumble down from the number one spot is not great reading for either Barrett and Ioane families as all five are included in that XV.

Beauden Barrett will now forever be tagged with being the ten that took New Zealand from number one to five and his starting win rate of 60% in 2021 and 20% in 2022 does nothing to scream for his reintroduction other than via the bench where he as a 95% success rate. If nothing else, I would just be superstitious and stick him on the pine and hope for that to continue.

Some other selection issues have since been remedied, the starting front row has gone, Akira has shown he can’t transfer his lower level form to the big stage either starting or from the bench, but this is the biggest concern – With the exception of Richie Mo’unga, the backline that lost to Argentina is the most selected combination over this period.

Admittedly Caleb Clarke has had few starts and four other left wings have been used, but for the remainder – they have been our primary go to’s.

In the forwards, Sam Whitelock and Sam Cane are the remaining that have been selected most often.

I am seriously hoping, that based on the interview coach Foster granted above, he has either had a massive realisation that the way he wants to play the game has had its time and it will finally go the way of his two wide loose forwards idea, or that the new selection panel has finally muscled up and they have had a few home truths out on the table at the review meeting.

Thursday’s selection, and more importantly, the game plan used this Saturday, will tell us everything we need to know about where this All Black coaching group is at.

‘I can’t be doing that!’: Cheika on Bledisloe ‘dreams’ and if a Wallabies coaching return is on his mind
Rennie rewards Wallabies with four-year selection first, but ‘livid’ coaches want ‘ruthless’ response to late lapse
Go to mobile version