Despite heavy defeat, fans need to back the Wallaroos 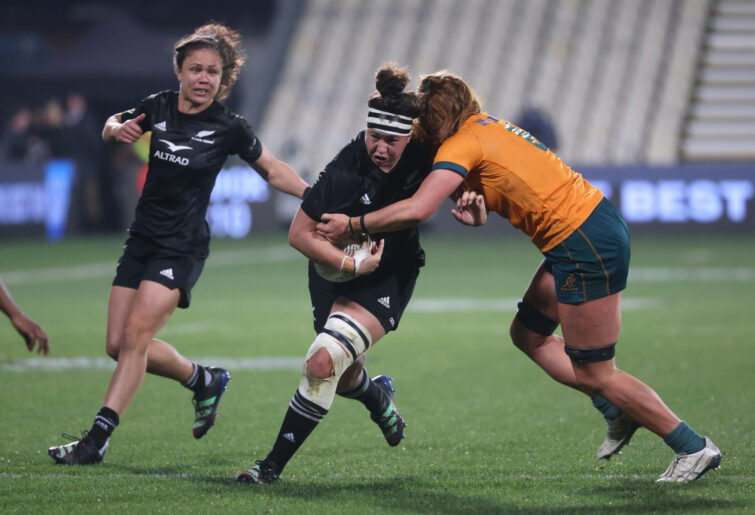 It was a tough watch but as Australian rugby fans we have an innate responsibility to stick by the Wallaroos. Every time they run out they put in the effort. So, we should do the same to watch them.

You have to give the Wallaroos credit, they front up every time against the Kiwis. They have already played the Kiwis once, now have two Tests and then face them again on the opening day of the World Cup.

It is a bit like Australian men’s rugby where the Super Rugby teams must face off against the Kiwi teams and then play the All Blacks three times a year.

At least the men get paid well for it, while the women for $200 a day are doing it for love of the sport. This is not a shot at Rugby AU – it appears they just do not have the funds.

In summary, as expected, the Black Ferns are just faster, stronger, fitter and more skilled. It is a bit like watching the former professional rugby sevens women playing in the NRLW – they are just better, a result of the full-time training and prep.

Pre-game, coach Jay Tregonning said: “We’re still building towards the World Cup, but we want to keep improving with every game and be competitive against the top teams in the world, which includes New Zealand.

“These two Test matches provide us with a great opportunity for further growth off the back of the Pacific Four campaign, with valuable game time for the players ahead of the World Cup.”

There was no indication that a win was possibly on the cards.

The Wallaroos were in the game for the first 10 to 15 minutes, having a fair amount of possession and territory. However, they were unable to get any points. Eventually the Black Ferns got some ball, and it was pretty much one-way traffic.

There were some odd decisions early on like not taking the three points and the kicking was not great. They did show a bit by swinging the ball out wide that gave Ivania Wong and Mahlia Murphy a couple of good runs.

In the end a lot of the decision making by the Wallaroos had to be made under extreme pressure from the Black Ferns’ unrelenting defence.


Despite heavy defeat, fans need to back the Wallaroos

In rugby the set piece is king (or queen). The Wallaroos tried, were okay but not at the Black Ferns’ level. It seemed the halfback was always on the back foot, as a consequence the backline never got any consistent front-foot ball.

There was discussion pre-game that the Wallaroos had picked up their fitness. That may have been the case but it seemed the Kiwis did everything faster and for longer.

There were not too many highlights but in the last couple of minutes Piper Duck scored a try from a great pass from prop Emily Robinson. It would not surprise to see Robinson start next week, she has more skills than most props plus can kick goals if needed.

Must make comment on Ivania Wong, she had a great game up against Ruby Tui. She more than held her own and showed no hesitation or fear throwing her body on the ball.

The back row even without Grace Hamilton played really well. At one stage captain Shannon Parry was replaced by Piper Duck, although not sure if that was a substitution or a replacement due to an injury.

There are unlikely to be too many changes to the team this week, there just is not the cattle available to make a huge difference. Maybe they will give some players a run.

No doubt there will be some discussion about Grace Hamilton. Would reinstating her make a big difference? Probably not. Would they be better with her? Probably. Did Grace Kemp have a poor game? Not at all, she played the full 80 and her size is needed. The back row is not the issue.

The bottom line is the Black Ferns are formidable. It is worth noting they have a squad of 50 that will have to be reduced to around 31 for the World Cup. They have a lot of quality players fighting for a position in the squad. They could put out a very different team next week.

On the flip side this current Wallaroos squad is pretty close to what will be selected for the World Cup, there just is not the depth like in New Zealand.

The Wallaroos will need to pull out all the cliches – ‘gird their loins’, ‘brush it off’, ‘get back on the horse’ et cetera as they head to Adelaide Oval. On the plus side they still look like they are still enjoying themselves.

Why can’t Australian rugby go it alone?
The Wrap: Where does Ian Foster rank on the list of rugby’s villains?
Go to mobile version