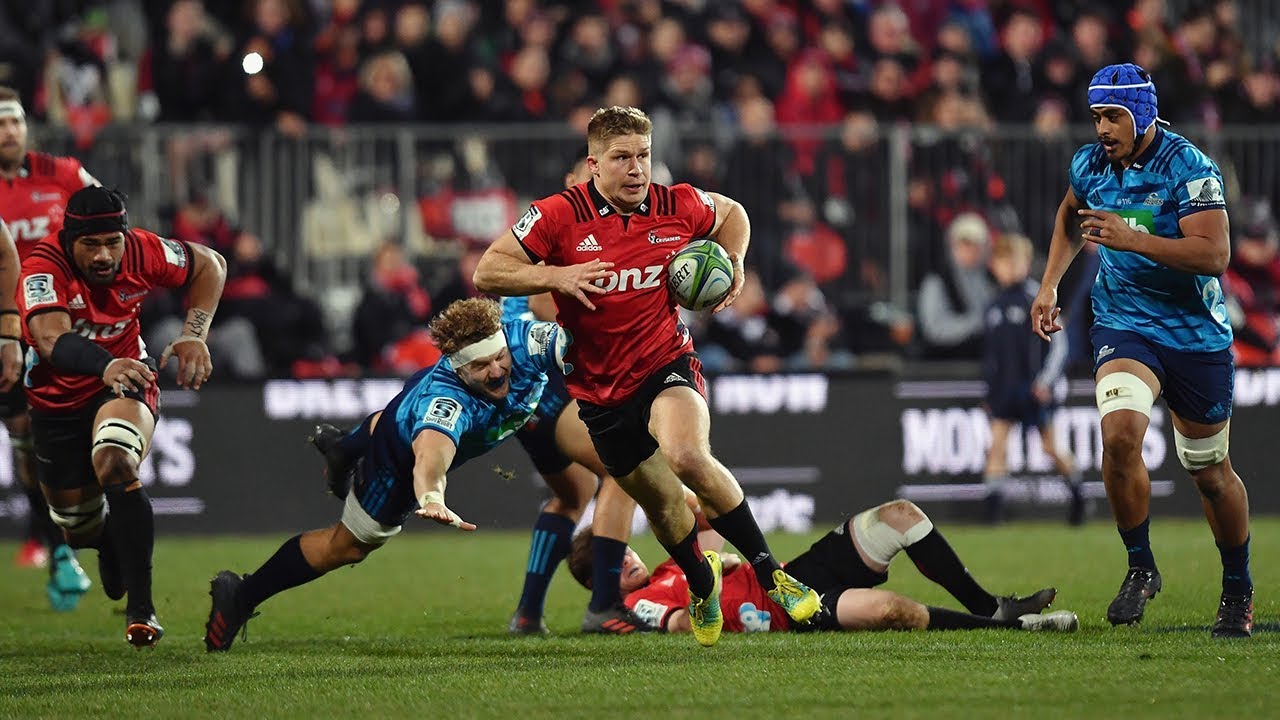 The Crusaders v Blues match at Orangetheory Stadium will now be played on Saturday 19 March at 7:05pm. The match was initially scheduled for Sunday 20 March at 3.35pm. The reason for the switch of dates is to allow the Hurricanes an extra day to prepare for their match as a group of players return from isolation periods due to COVID-19.

It was their last-ditch 24-21 win over the Crusaders in Christchurch on Saturday night which knocked the red and blacks from atop the ladder, a result which no doubt warmed plenty of hearts on both sides of the ditch.

After all, the Chiefs didn’t just show the competition favourites can be beaten, they demonstrated they can be beaten in Christchurch.

After 12 Super Rugby titles Crusaders v Blues , the Christchurch-based Crusaders often are a reliable bellwether for the state of New Zealand rugby.

For that reason their 24-21 loss to the Hamilton-based Chiefs in the fourth round of Super Rugby Pacific on Saturday might be an early cause of concern for the All Blacks as they look ahead to a challenging international season.

There were nine All Black in the Crusaders’ starting 15 against the Chiefs, including midfielders David Havili and Braydon Ennor, flyhalf Richie Mo’unga, lock Sam Whitelock and front-rowers Codie Taylor and Joe Moody.

More would have been expected of a team of that strength than it produced. Several try-scoring chances were bungled by handling errors and there were many more failings, tactical and technical, which have become almost symptomatic of the New Zealand section of the competition.

While matches between the New Zealand teams mostly have been close this season, the standard has been poor. Lack of ball retention and control, poor tactical and kicking options have made most matches low on spectator appeal.

The Crusaders conceded the first try of Saturday’s match but rallied to lead 21-10 after 46 minutes. In normal circumstances, the Crusaders would have made that try an exclamation point in the match and gone on to win comfortably.

But they lost control of the match and spent most of the second half on defense, worn down by the Chiefs who won with two tries in the last six minutes.

The clash between the Blues Women and Chiefs Manawa, meanwhile, will get underway at 7:45pm.

Both games, which will be played at FMG Stadium Waikato in Hamilton on Sunday, have been pushed back by 40 minutes, meaning the Hurricans Poua vs Matatu clash will kick-off at 5:45pm.