Crusaders get revenge on Chiefs in ominous win 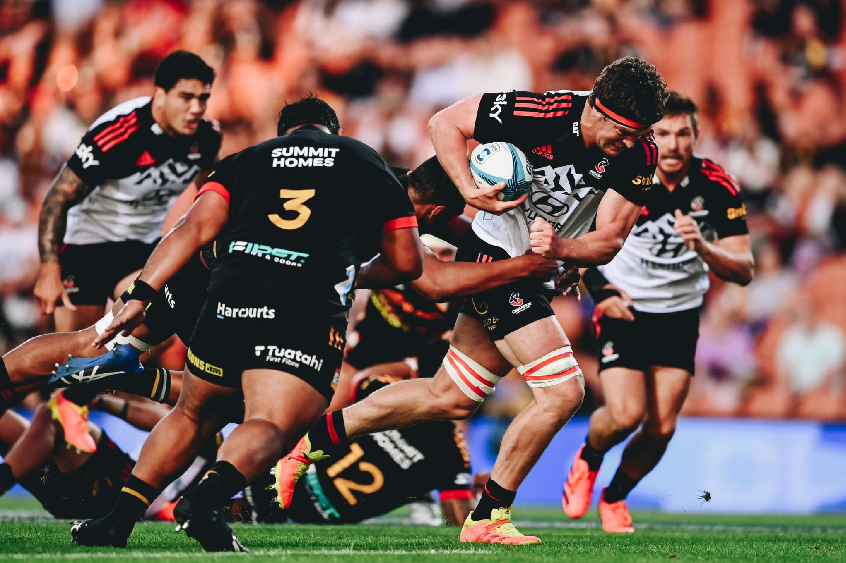 The Crusaders will be pleased to have gotten their revenge on the Chiefs after that loss two weeks ago, but will be ruing missing out on the bonus point thanks to a handling error inside the Chiefs’ 22 with the clock in the red. They head back to Christchurch next weekend to take on the Highlanders, while the Chiefs are off to Wellington to take on the Hurricanes in round 7.

In the fortnight since being stunned by the Chiefs, the Crusaders have had little to do but hear how they were no longer Super Rugby’s top dog.

FULL TIME | And that’s full time! Celebrating a win over @ChiefsRugby for David Havili’s 100th Crusaders game. So good to see crowds back and we’re looking forward to getting back in front of a home crowd against the Highlanders next week 👊🏼. #CHIvCRU #SuperRugbyPacific pic.twitter.com/7uRYkT58Ni

That was the way they played, at least, during much of tonight’s rematch in Hamilton, shaking off both that dramatic defeat and a Covid outbreak to produce a statement victory.

It was far less thrilling than the Chiefs’ win in Christchurch two weeks ago, but that was the way the Crusaders would have like it.

The Crusaders backline was massive this evening. They spread the ball around well on attack, found great space to run into, and Will Jordan alone managed to win three breakdown penalties on defense. The Chiefs managed to shut them out for quite a while after the break, but the dam wall finally broke under the relentless attack around 17 minutes into the second half. 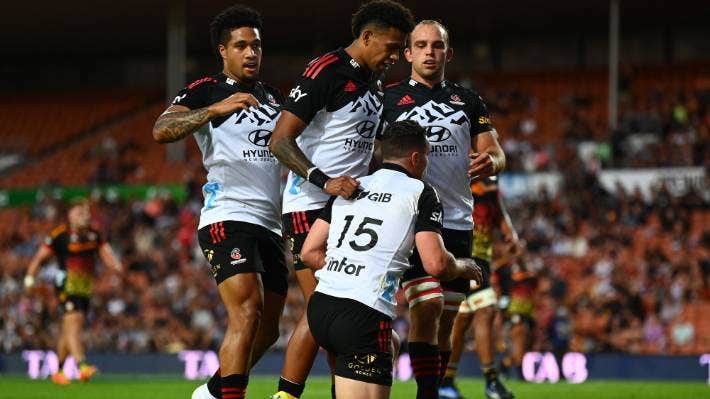 It was replacement Sevu Reece who ran the first one in, but he was quickly followed by Leicester Fainga’anuku a couple of minutes later and Codie Taylor off the back of a huge rolling maul in the last 10 minutes.

The Chiefs did well to withstand an early onslaught and remain in touch for as long as they did, especially as they were outplayed in most facets in front of their home fans.

To exacerbate the Chiefs’ evening, they lost Brodie Retallick to a worrying thumb injury in the first half, making their victory in Christchurch and thumping win over Moana Pasifika last weekend a distant memory.

A much-changed forward pack put the Crusaders on top early and kept them in that position for much of the night. Inactive last weekend, they looked full of energy and pressured the Chiefs into errors and ill-discipline to seize control.

The visitors were particularly forceful in the carry, winning the contact battle and regularly getting over the advantage line, while they also showed plenty of flair to complement the hard work.

They provided an early warning sign of their intent, kicking for the corner and finding reward through Cullen Grace, who finished off a smart set-piece move.

Chiefs – There’s quite a few changes to the Chiefs this week as they prepare for their rematch with the Crusaders. Samisoni Taukei’aho comes into the middle of the front row between Norris and Mafileo, and Brodie Retallick gets Josh Lord for company in the second row. Sam Cane returns to the starting lineup in the back row, and Samipeni Finau will pack down at the back. The halfback pairing of Weber and Gatland is unchanged this week, but both wings see changes this week with Etene Nanai-Seturo lining up on the left and Shaun Stevenson on the right.