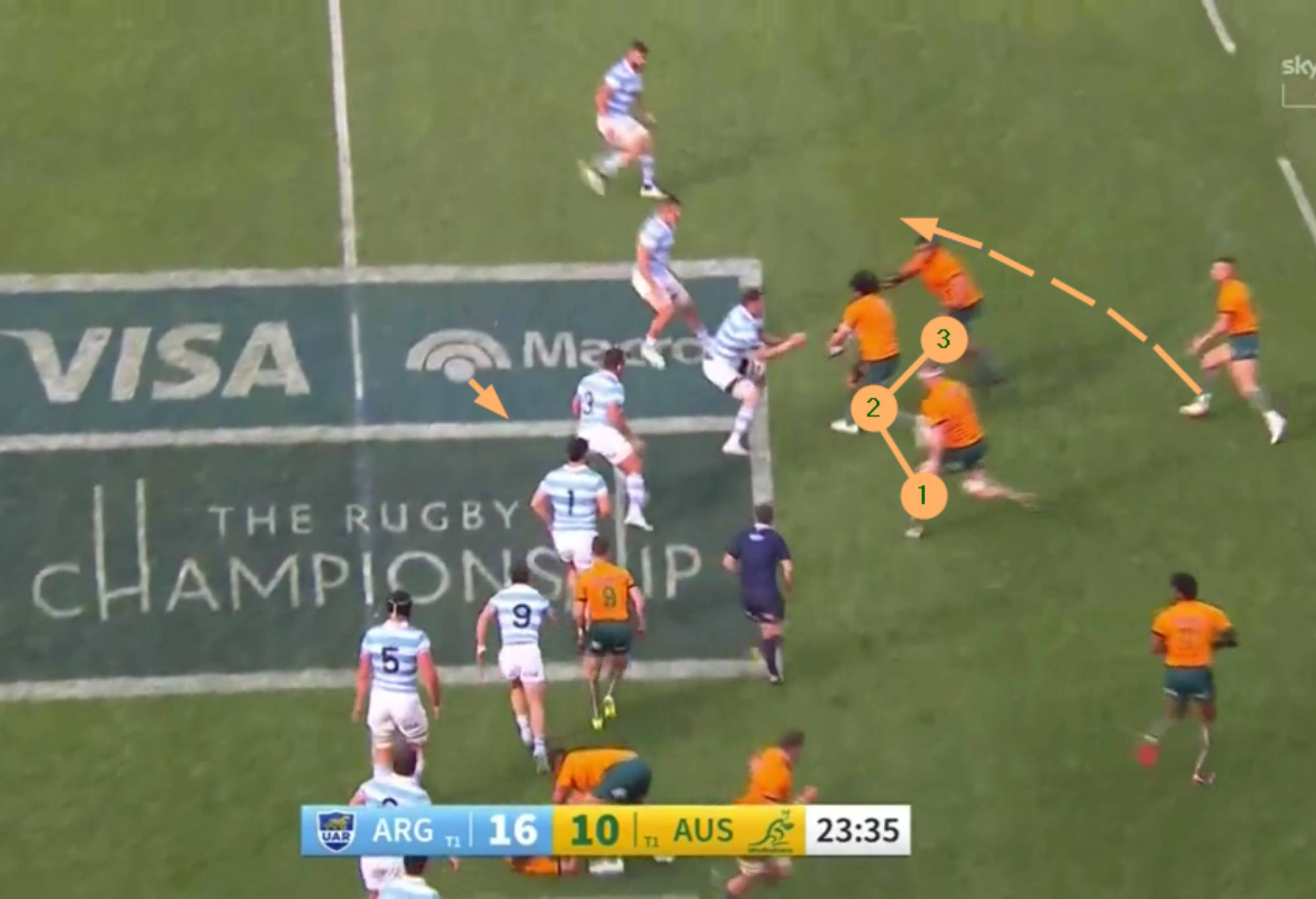 Once again, I’ve culled some of the pressing issues, and many a pithy comment, from forums to articles on The Roar earlier in the week.

There was lots of anger and frustration among New Zealand supporters about the loss to South Africa in Mbombela. And their outrage seemed to be amplified rather than defused by Ian Foster’s post-match comments. Here is a précis:

“It was our most improved game of the year. We really shifted forward in some areas… We’re pretty excited about going to Ellis Park and playing for a trophy…. We nullified a large part of their driving game and defensively we’ve made some shifts…

Sit back and absorb the lessons, trust a little bit and relax… At the end of day, you don’t get the change you want by making dramatic changes and putting too much pressure on players.”

This sense that the All Blacks are steadily evolving, and the dutiful taking of positives from such an emphatic defeat has struck the wrong chord. Absolutely nobody was sitting back and feeling relaxed about it:

Loosey said, “After the game Cane genuinely sounded at a loss to explain it, he mirrored Hooper in his sentiments after many a defeat. Foster sounded delusional.” Saders added, “Cane is not Able and Foster’s lost his Fizz!”

It has become clear over the three-match series against Ireland and the first round in South Africa, that New Zealand’s best player (Ardie Savea) and the returning version of Sam Cane do not gel well in the back-row, and this in turn creates a problem in the selection of a number 6 who can cover all the bases. It is both poles of the command structure (captain and coach) not just the head coach.

Savea is unsure of his role. Is he winning turnovers, making hard carries, or a defensive grinder? This surely is a coaching and selection issue because it relates to back-row mix.

The backrow, and positions 10-13, are out of balance for a game-plan that covers defence, kicking, and effective ruck control. We have the cattle to select better to achieve more complete rugby.

Unfortunately, Sam Cane has only been a shadow of the once-great number 7 he was before his traumatic neck injury. He was overwhelmed by Josh van der Flier’s work-rate in the Ireland series – the Irish open-side had 26 carries to Cane’s 14, and made 62 tackles to Slammin’ Sam’s 41, with more attacking breaks and defensive turnovers to boot.

At the post-match presser, the All Blacks’ skipper pointed to the two main problematic areas against the Boks, saying: “We’re bitterly disappointed, it really hurts. We must get better at the breakdown and the contestable [kicks in the air]. I can’t ask any more of the team in terms of the belief and the effort.”

In his prime, Cane was one the most powerful and dynamic number 7s around. If he tackled you, you stayed hit. If he cleaned you out, it felt like being churned out of a combine harvester. The energy and physicality which generated those hits is no longer there.

On defence, Cane only had eight on-ball attempts in the match with no steals. On the other side of the ball, three of Springbok hooker Malcolm Marx’s breakdown turnovers were made in direct opposition to Sam Cane on the cleanout:

In all three examples, Cane is either the first or second man up but cannot move Marx away from the ball, and the final example – with the New Zealand captain bouncing off the big Bokke rake – is especially brutal.

If Ardie Savea stays at number 8, he would benefit from a bigger and more physical man alongside him at 7, like Ethan Blackadder or Dalton Papali’i. Add in Cullen Grace or Shannon Frizell to the mix at number 6 and you have a back-row. A decision needs to be made now.

The second issue highlighted by Sam Cane (contestable kicks) was also a refereeing issue which New Zealand will want resolved:

South Africa’s game plan seems to be to take the man out in the air all the time. They deliberately aim for a metre beyond the landing point every time.

As to do with [Kurt-Lee] Arendse, well, it was only a matter of time, wasn’t it? SA have been attacking this area of the game recklessly for quite a few years now.

I suspect that the New Zealand coaching staff will have been eager to bring the activities of the Springbok chasers to the attention of Luke Pearce, the official in next Saturday’s game at Ellis Park.The writing was on the wall for Kurt-Lee Arendse well before his red card in the 75th minute:

The diminutive South African right wing is giving away over six inches in height and 30 kilos in weight to Jordie Barrett in the first instance. Instead of trying to compete for the ball in the air he runs straight through the space occupied by the Barrett brothers.

Does Ian Foster have the decision-making determination to bite the bullet over his captain, and will he be insistent enough the get what he wants from Luke Pearce in the second round of matches? He needs to be far more pro-active, and less ‘relaxed’ on both counts.

A second cache of questions surrounded the impact of the big Australian ball-carriers versus Argentina. As Will Genia commented in his Roar article on Monday: “Bobby Valetini was incredible. With Samu Kerevi being out we lose a little bit of punch in midfield. It puts pressure on guys around that space to be able to deliver that and Bobby seems to have shouldered more responsibility in that space.”

Both number 8 Valetini (10 runs for 51 metres with two busts) and number 12 Hunter Paisami (8 for 42 metres with five busts) were excellent on the carry in the first game against the Pumas. That was due to the presence of the best prompter and coaxer of ball-carriers in Australia, Quade Cooper, at the pivotal number 10 spot. Reece Hodge did a more than passable impersonation after Cooper left the field too.

With Quade’s long-term leg injury standing to keep him out for the rest of the year, attention turned to his likely replacement:

There is only one specialist 10 that should be picked and that is [Noah] Lolesio. Any other selection is for training purposes [Ben Donaldson] or for versatility [Reece Hodge/JOC] reasons.

The reality is, with [Quade] Cooper out, we do not have a test quality 10 in Australia. This exposes our Achilles heel, which is lack of depth.

Some posters highlighted the difficulty in ‘converting’ Noah Lolesio to the hard-running, hard-cleaning style that Dave Rennie prefers:

Why is Lolesio the only option? He plays behind a strong Brumbies pack… I’m glad he’s building experience but surely, we can give [Tane] Edmed or Donaldson a go?

He probably needs non-Brumbies at 9 and 10, because their (very successful) style could not be much more different to the Rennie approach.

If they want to play a running game with a bit more width, then they can’t go with Lolesio. They need to bring Donaldson in and give him time to connect with the team.

Noah Lolesio is mostly a kicker for the Brumbies, and has not yet had the time in the provincial saddle to develop the finesse on the ad-line that Quade Cooper possesses in spades:

Cooper is the young Sexton of the Wallabies and is a class above our young 10’s… I wish him a speedy recovery.

Like it or not QC is “yesterday’s man”. It happens to all whether by age, injury or non-performance. Time to put Quade in the history books for now. Rennie has a big decision re: the 10 spot.

The first comment is right, and the second is way off (apologies Bobby). If Quade can make it to the World Cup, he must be picked. What is particularly impressive in his reborn persona is the way he recovers from difficult moments:

Quade is smashed by Marcos Kremer as he goes to run out of his own 22 at the beginning of the game, but he makes amends on the very next play, ripping the ball out of Pablo Matera’s grasp as he surges from the back of a scrum.

He might not have had the mental starch to get his head back in the game so quickly in previous incarnations. He was solid at the back:

That is mental consistency for you. At the line on attack, Quade is imperious, and it is this kind of aggressive positioning and touch on the pass that his replacement – James O’Connor in the next match at least – needs to emulate:

In the first example it is the delay on the pass before releasing Jordie Petaia at the optimal moment, in the second it is the willingness to step up close behind the forward pod in the ‘diamond’ shape of which Johnny Sexton is so fond:

There were also a batch of queries about Scottish referee Mike Adamson, who gave 32 penalties or free kicks in total in Mendoza. Australian supporters will not remember him with any fondness after last year’s match in Cardiff against Wales, when he allowed Nick Tompkins to run away with a knock-on to score the game-deciding try.

In Mendoza he made a habit of getting in the way of Australian players, and it happened on four occasions in the game:

Adamson may also be the most recondite referee going about. I think a star of the show like him should play solo and not be distracted by having 30 unruly musicians on the stage with him.

Add to that his positioning in and around general play where he was constantly in the player’s way… has led me to ask this question; why do we have to suffer such mediocre officiating for such a significant game in what’s a major annual competition?

There were two important instances with the Wallabies looking to make either a score or a break:

In both cases, Adamson allowed play to continue, and that outcome did not favour Australia. Calling a Wallaby scrum would have been a far more natural response, given that the referee’s presence makes a tangible impact on the outcome of the two plays.

Thanks to all who posted comments, and contributed to the writing of the article!