Deep restart onto the Chiefs. Nankivell bounces off one tackle before he’s pulled down still inside the 22. Weber with the clearance to touch. Gatland just sneaks the conversion inside the left post from out on the right wing.

Gatland sets up the lineout in the corner. The Chiefs form the maul off the set piece, but it’s going nowhere slowly…. The Tahs are just falling off it as it starts to wheel a little, and it’s Jacobson who bursts straight through and dives over the line with no one at the back on defense!

Lineout just behind the Tahs 10. Quick ball off the top to Taukei’aho who loops around the set piece and barges right through the tackle! Wide to Vaa’i on the left wing. Bell almost manages to get over that ball… Shift back to the right wing, and it’s Hooper who is pinged for not rolling away at the breakdown as the Chiefs burst into the 22! 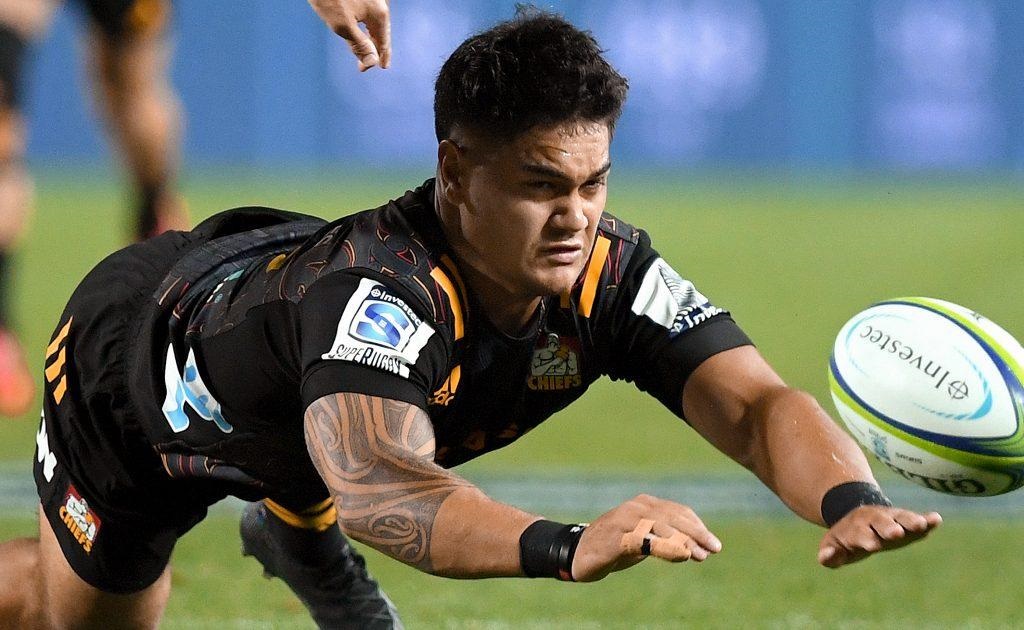 Down at the front, but available for Gordon at the base. Infield through the hands and Gamble who is stopped short on the 22. Pietsch with a strong carry on the right wing! He’s half held up, but manages to get his knee to the floor. He’s just left by his teammates on the floor, giving the Chiefs a chance to pounce on the ball, but they’re then pinged for not releasing on the floor as the Tahs get in over them!

Hanigan this time the man lifted. Infield ball quickly to Bell who hands off Sowakula in the face to make it up to the 10 before he’s pulled down. Wide to the left wing where it’s slow ball from the Tahs… Back infield, and a tackle off the ball from Jacobson brings another penalty!

Lineout set up halfway up the 22 on the left. To the tail for Holloway who brings the ball into the maul. They manage to inch it forward up to the 5m mark before they’re slowed down. Gordon with some quick recycling, but Johnson-Holmes has the ball ripped away on the floor! Vaa’i the man who hoofs it downfield to bounce into touch!