The Brumbies will be without Len Ikitau for Saturday’s Super Rugby semi final against the Blues after the Wallabies centre was handed a three week suspension for his high tackle against the Hurricanes.

The Brumbies have received mixed news for their Super Rugby semi final with Wallabies bruiser Rob Valetini returning from a hamstring injury to start at No.8, while Test centre Len Ikitau has been ruled out with suspension. 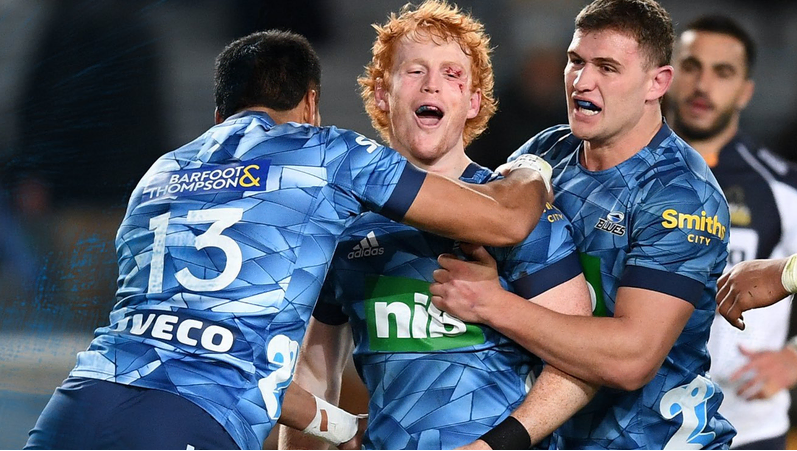 Valetini’s return has triggered a back row reshuffle with Pete Samu switching to openside flanker and Luke Reimer dropping to the bench.

That allows young Tom Hooper to retain his place on the blindside after an outstanding performance in the quarter final win over the Hurricanes.

It’s a very disappointing result for the Brumbies. They needed a win here today to have a chance of finishing in the top 2, and that late drop goal snatched away that chance. They do pick up the losing bonus, but a win for the Crusaders next weekend should be enough to secure the Christchurch side second on the table.

One last round left in Super Rugby, and the Brumbies head down to Auckland to take on Moana Pasifika while the Blues take on the Waratahs in Sydney.

The Blues were similarly relentless in their attack in the second half, but it was also a much better showing from the Brumbies after the break. They spent more time with ball in hand actually putting pressure on the Blues’ defense for a change, and managed to get themselves onto the front foot a couple of times and up into the Blues red zone.

They capitalised on penalties to pin the Blues deep inside their own half, and made quick work of getting over the line once they got into the 22 a couple of times.

The Brumbies struck first in the opening couple of minutes, but the rest of the first half was all Blues. Despite all the possession, all the territorial advantage, and crashing over the tryline a number of times, the visitors were frustrated by an almost impenetrable defense from the Brumbies. They were relentless, and it took penalty after penalty and two yellow cards to finally break them down enough for the Blues to crash over the chalk.

Blues Super Rugby games will be available to watch live on Stan.

Valetini back for Brumbies but Ikitau banned for Super semi-final

The ACT Brumbies have welcomed back loose forward Rob Valetini but lost centre Len Ikitau to suspension for the Super Rugby semi-final against the high-flying Auckland Blues on Saturday.

Valetini will start at number eight in the clash at Eden Park, with Pete Samu switching to openside flanker and Tom Hooper retaining his spot on the blindside.

Ikitau was suspended for three weeks on Wednesday after being red-carded for a high tackle on Wellington Hurricanes flyhalf Aidan Morgan in the quarter-final in Canberra over the weekend.

The Brumbies contested the red card at a hearing on Tuesday but the judicial panel found Ikitau guilty of a dangerous tackle.

Ollie Sapsford comes into the starting side in the centres alongside Irae Simone.

Ikitau’s ban also casts doubt over his role for the Wallabies in July internationals against England.

Australia play Eddie Jones’s team in a three-test series next month and Ikitau would likely have been in Dave Rennie’s squad.