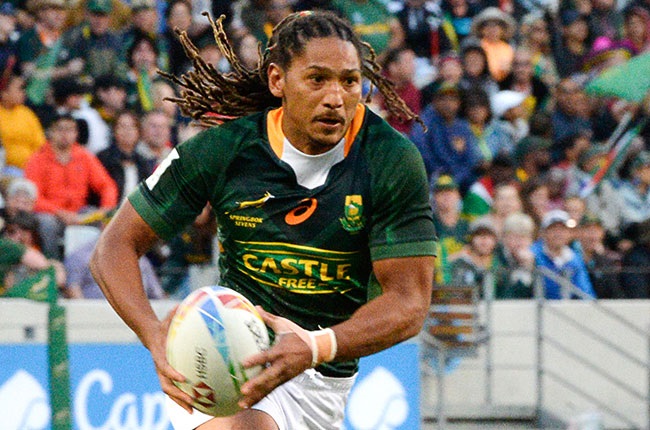 Springbok Sevens ‘Blitzboks’ star JC Pretorius says the team is looking forward to potentially facing Fiji and the All Blacks Sevens, when they return to the World Rugby Sevens Series in Singapore this weekend.

A few Springbok Sevens players arrived in Singapore on Monday on their maiden voyage to the HSBC Singapore Sevens and for some of the more experienced players, April 2019 is still fresh in their memories, even though it was two years ago.

Having this week returned to Singapore, the scene of a famous comeback victory for South Africa, captain Siviwe Soyizwapi says the red-hot Blitzboks have made a point of focusing on the now.

Indeed, it is that time of the year again! Set your alarms, plan your weekends. The #Blitzboks are back!#BestOfUs pic.twitter.com/jm0TwoB7nc

That was the last time the popular tournament at the National Stadium took place, and very few of the players have forgotten the memorable ending to that tournament, as the Blitzboks came back from being 19-0 down in the final against Fiji to clinch victory by one point, 20-19.

Springbok Sevens skipper, Siviwe Soyizwapi, certainly recalls that match – as well as a number of other familiar surroundings in Singapore – with a huge smile.

“I was not part of that match as I got injured in the semifinal against the USA and could not play against Fiji in the final,” he recalls.

“It is a bittersweet memory as such, as one always wants to be on the field, especially in a final like that – those are the games you dream of and train for. That said, it was still wonderful to be part of the win, even though I was on the side of the field and not on it with the boys.”

Two years is a long time, but Soyizwapi reckons it does not feel that long ago since they played in the humidity of Singapore.

The Rugby Sevens world series will be aired on Sky, it’s been announced.

World Rugby has confirmed the renewal of its partnership with Sky New Zealand to broadcast the HSBC World Rugby Sevens Series for a further four years to 2023.