The day of deciders continues in Santiago Del Estero on Saturday when Argentina vs Scotland Rugby face off once again to conclude this end-to-end series. After a shocking loss, Scotland reasserted themselves against in the second test match against Los Pumas. Now, the series heads to Santiago del Estero.

Here’s everything you need to know about the July 16 match between Argentina and Scotland.

Scotland, however, are the ones with their tails up and in the box seat after their recent exploits in Salta where they dominated a poor Pumas side. 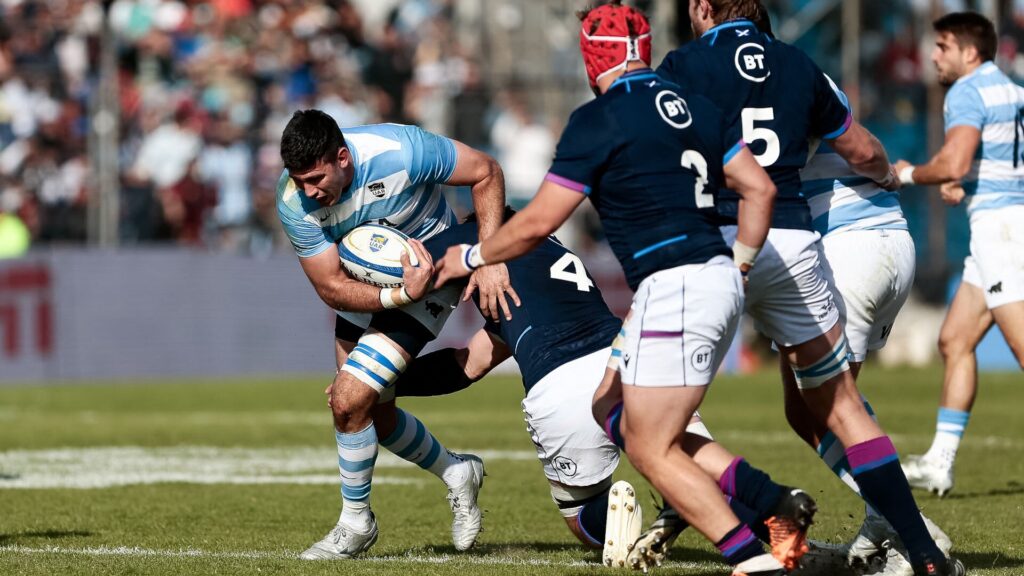 Momentum and building on that victory will be crucial for Gregor Townsend’s charges and one can’t help but feel the team news also favours the Scots. Indeed Townsend has largely stuck with the same line-up of one week ago with only a handful of tinkering seeing the coach name a strong selection.

The Pumas, no doubt reeling following that dismal performance in the second Test, have it all to do if they are reclaim some confidence in their game. Unfortunately for them, however, Scotland appear to have turned a corner as they found weaknesses in their hosts they will look to exploit once again.

Scotland completed a Saturday of success for the northern hemisphere’s rugby powers over southern opposition as they beat Argentina 29-6 in Salta to level their three-test series at 1-1.

Scotland outscored their hosts by four tries to nil in a resounding victory as they followed the example set earlier in the day by Ireland, England and Wales in their tour matches south of the Equator.

Blair Kinghorn kicked over a penalty and conversion while substitute Ross Thompson added two penalties as Scotland scored 21 unanswered points in the second half.

Argentina’s points came from two Emiliano Boffelli penalties in the first half at the Estadio Padre Ernesto Martearena.

It was a spirited showing from Scotland, whose success in attack was matched by dogged defence as they kept Argentina from crossing their line.

The home side were 6-3 ahead minutes before the break when Watson, on his 50th appearance for Scotland and back after missing the first test through injury, scored the first try, going over at the end of a lineout maul.

The tourists’ 8-6 lead was extended two minutes into the second half as quick ball from scrumhalf Ben White stretched the home defence, and after several phases his short pass saw Bennett crash over under the poles.