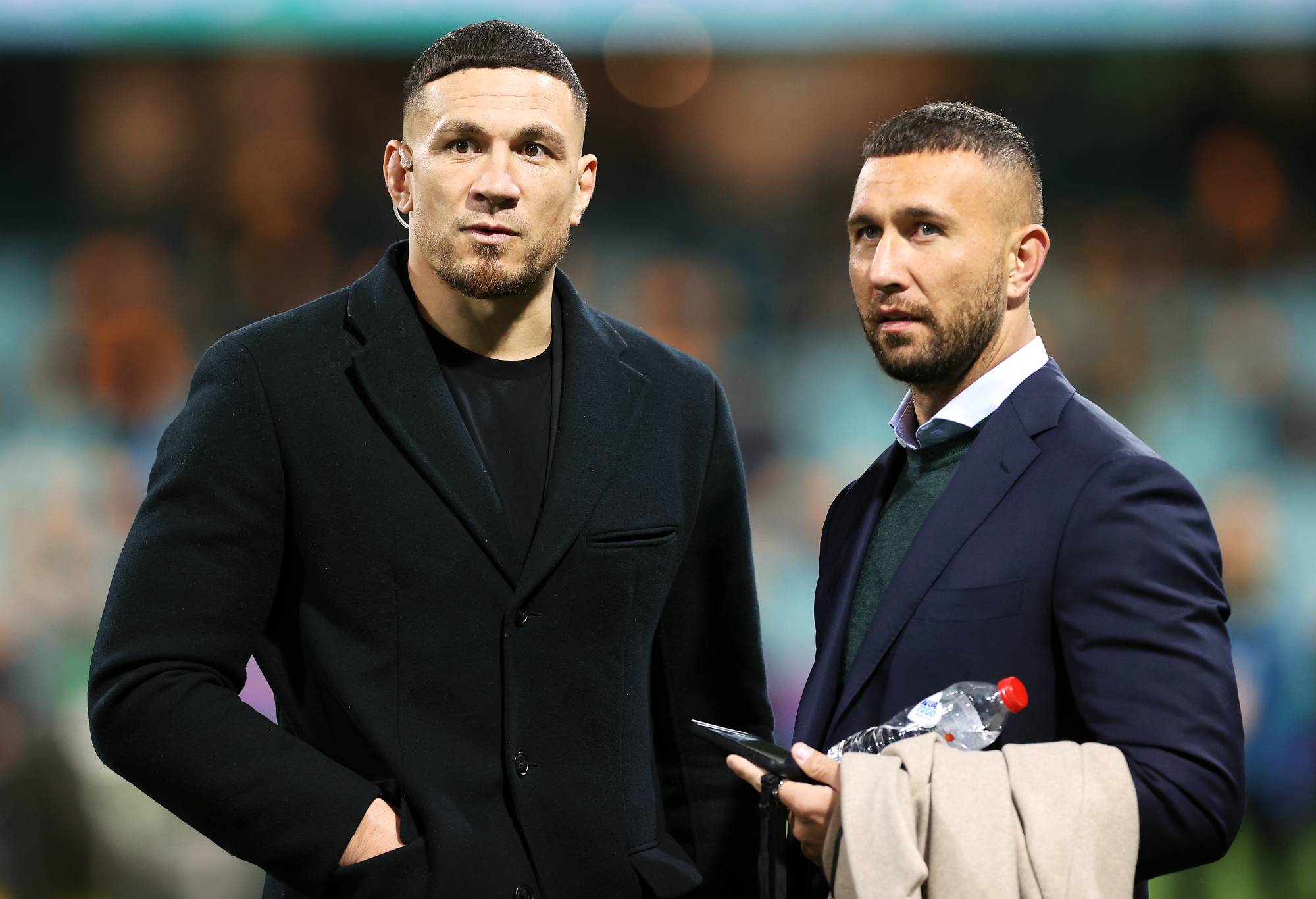 Quade Cooper will again turn to soul mate Sonny Bill Williams to find a way back to the Wallabies after his devastating Achilles tendon injury in Mendoza.

The most certain thing is Cooper not letting this be the final chapter in his story after slumping to the turf in pain during the 41-26 victory over Argentina.

The Wallabies had started the second half better but still trailed 19-10 when Cooper was felled by an invisible bullet to the back of his left calf.

What role he plays for the Wallabies next year must still be clouded because his injury instantly cedes another nine Tests of experience to his likely successor Noah Lolesio or James O’Connor.

The smooth playmaker will devote himself to the long rehabilitation needed after upcoming surgery and turn to Williams for advice.

Cooper seemed ready for the challenge with his tweet after the Wallabies’ excellent second half rally in Mendoza.

Williams suffered his own Achilles tendon tear at the 2016 Rio Olympics when his rugby sevens adventure crashlanded. He took eight months to return and was playing Test rugby again in 10 months.

Cooper’s timeline is far more condensed. The Wallabies only have a five-Test lead-up to the 2023 Rugby World Cup.

It’s not simply a matter of getting back physically for that five-Test period but rediscovering the confidence to step and dart and play his game to the full.

It’ll be tight but the 34-year-old is still a class above Lolesio as a No.10 option. He adds subtleties to the Wallabies’ play that Lolesio hasn’t even thought of yet.

Take the Wallabies’ opening try. His double-pump pass meant Jordie Petaia was put into a gap, from the blind wing, with perfect timing.

Just after half-time, Cooper took the quick lineout throw that sparked the counter-attack that debutant Jed Holloway nearly finished off with a try after catching a Tom Wright pass at bootlace height.

The Wallabies need Cooper in France next year but it will be a race.

So what to make of this Test? The mess in Mendoza became the miracle of Mendoza when the Wallabies found some rhythm and more precision.

It took way too long but no one should underestimate the passion and frenzy of the Pumas and their crowd. You are playing against both.

The character and the fight to stay in the contest was superb when this Test could easily have been lost from a 13-3 deficit.

Key players stood up when they needed to and emerging types did as well.

Flanker Rob Valetini was excellent with his go-forward gallops when errors and turnovers were being made around him.

That was immense when the Wallabies finally got going.

Instead of conceding a try straight after the Cooper exit, the Wallabies scored a key try.

The Wallabies have wisely embraced the Brumbies’ fervour for the rolling maul and they are good at it.

Flanker Fraser McReight speared over there just as hooker Folau Fainga’a did later on. McReight stepped in late and did an admirable job in place of Michael Hooper, who was back in Sydney for personal reasons.

Just don’t be surprised by McReight. He has always been this accomplished. He’s had to wait behind a better player and no one should have a problem with that. What’s wrong with waiting? Anyone who saw Holloway’s post-Test interview on Stan Sport will know good things are worth all the more after a wait and the extra determination to get there.

And those you pilloried the non-selection of McReight in the Wallabies training squad to face England, please acknowledge that coach Dave Rennie knew what he was doing. He got three strong Australia A games into McReight at the Pacific Nations Cup that paid off in Mendoza.

Fainga’a played one of his best Tests. It’s taken time, 29 Tests in all, to reach a point where he’s powering ahead in general play, looking super-switched-on and nailing his lineout throws as well as doing his rolling maul stuff.

Petaia was very good, Hunter Paisami got better and better and Holloway looked a very good fit for Test rugby.

You had to think Reece Hodge was closer to being on the way out of Test rugby than securing his place.

That was until Mendoza. All his experience and calm were channelled into 33 key minutes as a fill-in flyhalf. He did not overplay his hand. He just did things efficiently and the Mr Fix-It tag still has life in it.

We have all grown heartily sick of hearing how far he can kick goals but never seeing enough go over. One of his clutch conversions to establish the 34-26 buffer was more like the perfect nine iron, with a neat draw, to the pin on a par three at Royal Melbourne.

Nick Frost getting into position to retrieve Petaia’s late cross kick is something that 2.06m locks are not supposed to do. He was central in late lineouts too. He is a beauty.

Prop Taniela Tupou made two late, ripping charges off the bench too.

There were plenty of imperfections to this but sometimes just showing such character outweighs everything. The Wallabies will need to be better in San Juan next weekend.