All Blacks northern tour against Japan will kick off in Tokyo at 6:50pm

Over 63,000 tickets have been sold for Japan vs New Zealand All Blacks at Tokyo’s National Stadium on Oct. 29, the Japan Rugby Football Union announced Wednesday.

NZ Rugby has copped to the scheduling clash that will see the All Blacks and Black Ferns play tests at the same time on Saturday.

The opening test of the All-Blacks northern tour against Japan will kick off in Tokyo at 6:50pm, then 40 minutes later, the Black Ferns’ Rugby World Cup quarter-final against Wales begins at Whangārei.

The crowd is expected to be the largest recorded in Japan for a match outside of those played during the 2019 Rugby World Cup, surpassing the 57,011 who saw the Brave Blossoms host France on July 9.

Japan will play New Zealand at Tokyo’s National Stadium on Oct. 29 before traveling to Europe for matches against England and France in November. 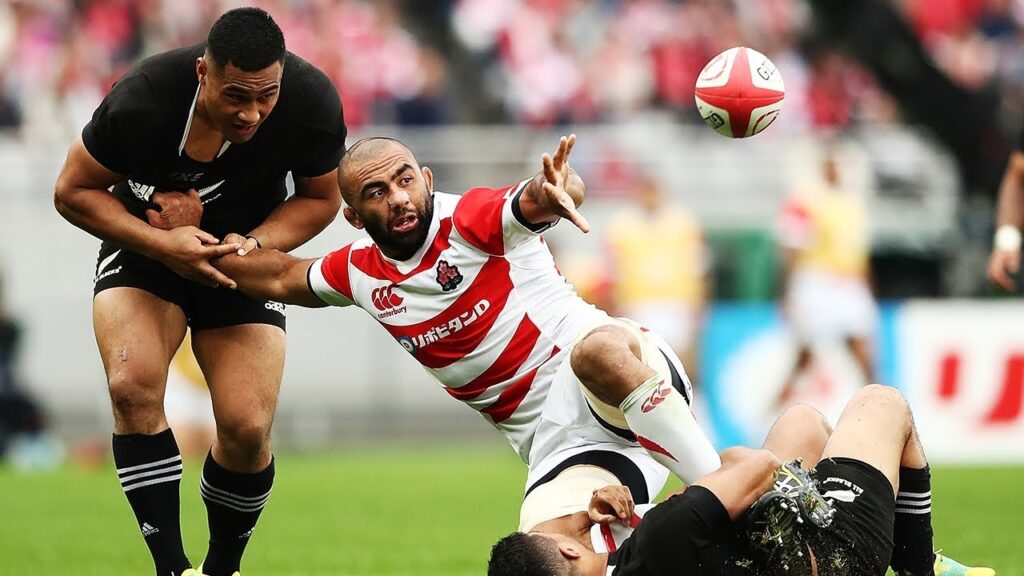 With Fainga’anuku leaving the All Blacks camp in Japan for family reasons, Telea will join the side in Tokyo, where they will face the ‘Brave Blossoms’ on Saturday night.

What makes Japan one of the most unique places in the world to play rugby in? Let the players tell you from their experience. 🇯🇵@Lipod_taisho pic.twitter.com/CNBj24CCAJ

The three Barrett brothers, Scott, Jordie and Beauden, were among six New Zealand players who did not board the plane to Japan on Saturday after their grandmother died.

Sam Whitelock, Will Jordan and Folau Fakatava were also left at home because of injury, and back Fainga’anuku returned to New Zealand on Monday for family reasons.

The All Blacks called up four players as cover on Saturday and assistant coach Scott McLeod said selectors were weighing up a replacement for Fainga’anuku.

Retallick said the team had “probably lost more players in the space of 24 hours than you do in a series of Test matches”.

Other players who got the unexpected call to join the side were lock Patrick Tuipulotu for Whitelock and halfback Brad Weber. Weber will be with the side for the Japan game. A reassessment will be made after that game with a possibility that TJ Perenara may join them afterwards.

He wasn’t considered for Japan, as he is playing the Bunnings NPC final on Saturday.

Also joining them is Damian McKenzie as cover for Beauden and Jordie Barrett.

The players called up were all named in the All Blacks XV to play Ireland A, and the Barbarians. They are expected to join them when the Barretts and Whitelock return to the side.

Foster said it wasn’t a setback for the tour plans – it was more of a readjustment.

Japan would be well-primed for the All Blacks after three games against Australia A, and the match was much more of a contest than earlier stop-offs at the start of northern tours.

“They’ve got some big scalps under them, they’ve got a proven programme and some of the noise out of there is they are extremely confident about the game. It changes the mindset, so for us it is a tour of four Test matches.”

Unexpected changes have been forced on the All Blacks at the outset of the Healthspan Elite Northern Tour and Lipovitan-D Challenge Cup.