Aidan Ross has re-signed with the Gallagher Chiefs until 2025

Aidan Ross has re-signed with the Gallagher Chiefs and New Zealand Rugby (NZR) until 2025 the Chiefs Rugby Club announced today.

The 26-year-old prop made his Super Rugby debut for the Gallagher Chiefs in 2017 against the Western Force and has become a core member of the team, running out for 60 games to date.

Ross made his test debut for the All Blacks against Ireland in July and was recently named in the All Blacks XV squad for the Northern Tour to take on Ireland A and the Barbarians. 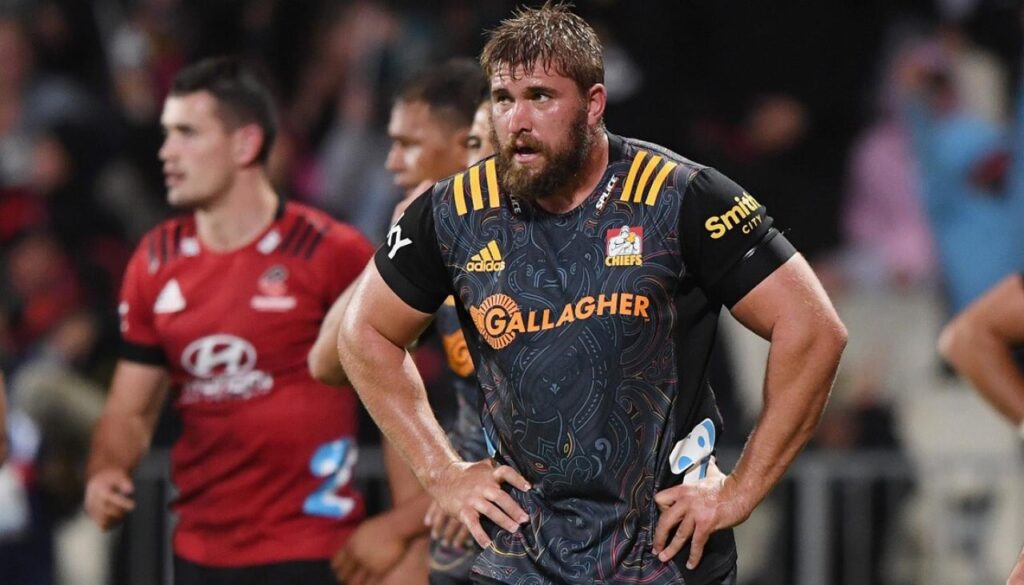 “I’m grateful to extend my time with the Gallagher Chiefs and continue working with the great coaches and players we have,” Ross said.

”I’m super passionate about the Chiefs region and playing for this club, so looking forward to the 2023 season and hopefully bringing home the Super Rugby Pacific championship.”

“I’ve had the pleasure of coaching [Aidan] for the last eight years and I can tell you, he has worked incredibly hard for everything he has achieved in the game.