2022 NRL Panthers vs Rabbitohs will take place at BlueBet Stadium in Penrith, Australia 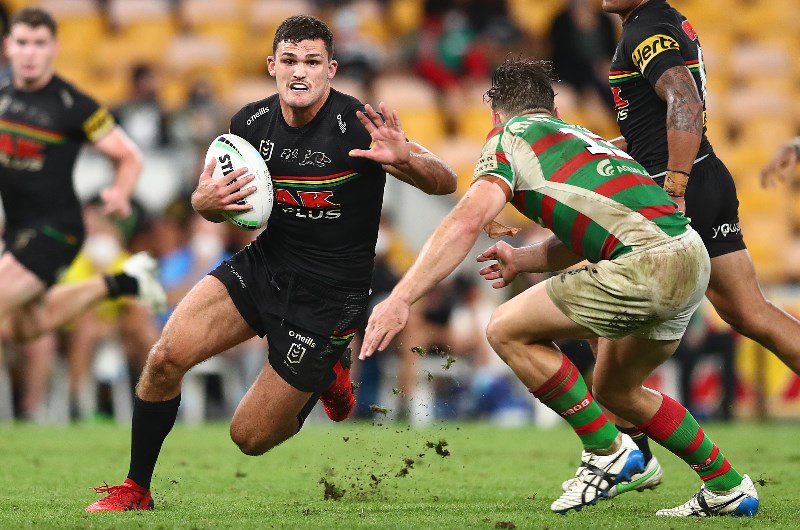 Penrith Panthers were given a leg up on their way to a third straight win of the season as they remained the only side to boast a 100% record at the end of round three thanks to overcoming the 12 men of Newcastle Knights last week.

South Sydney Rabbitohs were able to claim their first win of the season at the third attempt thanks to getting the better of bitter rivals Sydney Roosters last week and they will be desperate to build on that victory as they face a repeat of last year’s Grand Final.

When is Penrith Panthers vs South Sydney Rabbitohs on and what time does it start?

Where is Penrith Panthers vs South Sydney Rabbitohs taking place?

Panthers vs Rabbitohs will take place at BlueBet Stadium in Penrith, Australia

What channel is Penrith Panthers vs South Sydney Rabbitohs on?

Where can I stream Panthers vs Rabbitohs?

Panthers: A massive boost for the premiers with Nathan Cleary ready to return after his off-season shoulder surgery. Scott Sorensen comes in for Chris Smith (head knock). James Fisher-Harris and Liam Martin have been named among the reserves and will be pushing for selection, although Martin is unlikely to be available.

Rabbitohs: On the back of an impressive win over the Roosters, coach Jason Demetriou has named an unchanged squad for the grand final rematch. Blake Taafe has been named among the reserves as he nears a return from injury.