Major League Rugby announced today that the 2022 MLR Rugby Championship Final between Rugby New York and the Seattle Seawolves will be played at Red Bull Arena in Harrison, New Jersey.

These teams met in New Jersey just last month during the regular season, with New York pulling out a 30-22 victory.  Rugby New York will host the Major League Rugby championship game on Saturday, at the Red Bull Arena in New Jersey. Regardless of the result, the city of Seattle, nearly 3,000 miles away, will celebrate. 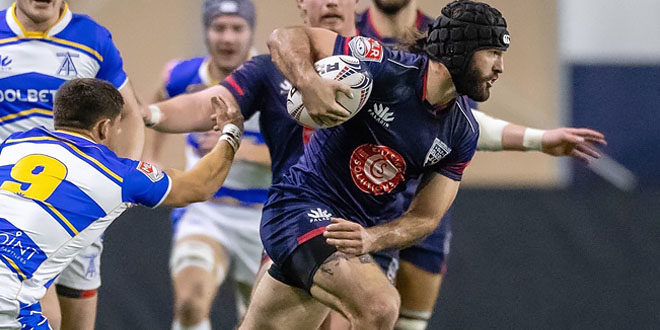 The 2022 Major League Rugby Final will be the fourth Major League Rugby (MLR) championship match, held at the conclusion of the 5th season of the rugby union club competition in North America. It will be played on June 25, 2022, at the Red Bull Arena in Harrison, New Jersey. This is the first MLR Final to be held in New Jersey, and the first not to be held in California.

Coverage of the nationally televised battle will begin on Fox at 12 p.m. Eastern.

The Red Bull, a Major League Soccer venue, can hold 25,000 fans of any degree of passion. New York have sold out JFK Stadium in Hoboken this year but it holds just 1,500. After beating the New England Free Jacks in the eastern championship game, they have had less than a week to sell tickets for the final. The game will be broadcast on Fox in the US and online around the world. MLR crowds are growing but small; a good-looking showpiece would be handy.

George Killebrew, the MLR commissioner, told the Guardian: “Having your finals in Los Angeles or New York is the biggest stage you can be on. So we had the final at the LA Coliseum last year, and then the final at Red Bull Arena this year. You want to be big on the coasts.

“We put 9,000 or so in the Coliseum [to see LA beat Atlanta]. There is a much shorter window here in New York. So I think … 5,000 would be awesome. The way they’re configuring the stadium, they’re focusing in on those sections that are camera-visible. If we can get those somewhat filled, I think we’ll have a good day.”

The 25,000-seat Red Bull Arena is a dramatic step up from New York’s regular season home of JFK Stadium in Hoboken, which has a capacity of just 2,000. Opening in 2010, the Arena features a Kentucky Bluegrass surface and is currently home to the New York Red Bulls of Major League Soccer and Gotham FC of the National Women’s Soccer League.