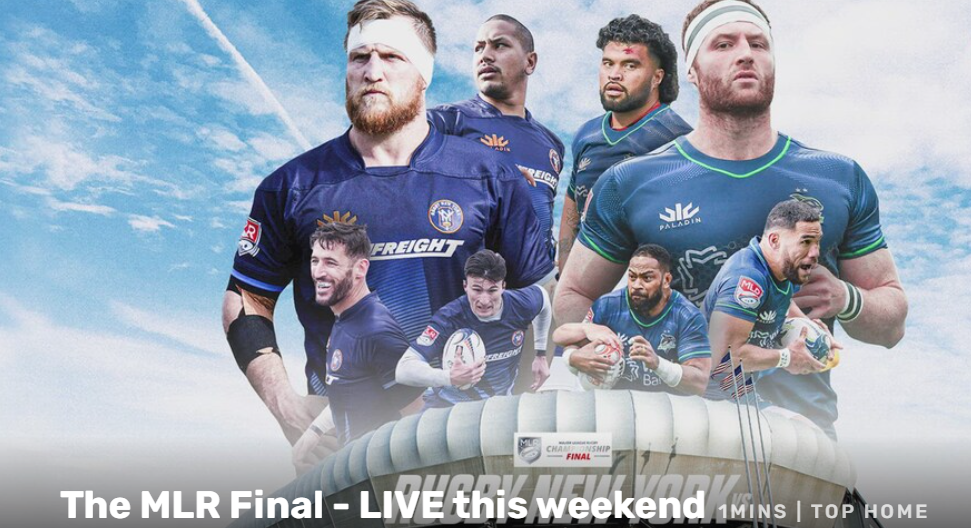 It’s the first time the Championship Final will be held outside of California. Both the 2018 and 2019 Finals were held at San Diego’s Torero Stadium, while the 2021 Final took place at the LA Memorial Coliseum. There was no Final in 2020 due to the Covid-19 pandemic.

Twice previously the Red Bull Arena has hosted significant rugby union events. In March of 2016 nearly 15,000 fans watched Saracens defeat London Irish in the first regular season English Premiership match played abroad. Over 22,000 were in attendance for the July 2017 test between Ireland and the USA.

The @rugbynewyork backs combine with the forwards for a beautiful maul that gives them a 7 point penalty try! They take back the lead at 24 minutes, and @seawolvesrugby loses a player.#QuestForTheShield #MLR2022 pic.twitter.com/Ytl82vjcpG

The 25,000-seat Red Bull Arena is a dramatic step up from New York’s regular season home of JFK Stadium in Hoboken, which has a capacity of just 2,000. Opening in 2010, the Arena features a Kentucky Bluegrass surface and is currently home to the New York Red Bulls of Major League Soccer and Gotham FC of the National Women’s Soccer League.